No snow this week, but I was in a coat while taking these pix. Good thing dolls don’t get cold like people or they definitely would not have stayed out by the lake so long in these outfits!

Get both sizes of this pattern (AG and 16″) here: https://www.etsy.com/listing/699760210/movie-star-beach-pajamas-1930s-pattern?ref=listing_published_alert

Let’s go to the beach and…nap?  😊 While I’m sure there are a lot of people who think that’s a fine idea, most children probably go to the beach to swim!  So, were they swimming in these beach pajamas?  Nope!  Here’s the scoop:

By this time, swimsuits for actual swimming looked similar to what we’d wear now, just with a bit more conservative of a cut, especially at the leg openings – what we call “boy short” swimsuits today.  Based on the old catalogs I’ve perused, they were often made of wool, but a new fabric called “lastex” was beginning to catch on.  It was made from a rubber/cotton or rubber/rayon yarn, and must have been so much more comfortable, especially when wet!

Unlike today’s beaches and resorts, where people stroll around in swimsuits all day or maybe just throw on a pair of shorts over them to go to dinner, the 1930s were a bit more glamorous.  The style icon Coco Chanel popularized beach pajamas a decade earlier, when it was still a bit scandalous for women to be seen in pants in public, and by the 1930s they were ubiquitous attire for strolling the boardwalks and being seen in resorts.

As children, their mothers may have worried about tearing the lace on their petticoats climbing trees, but I imagine these little girls who experienced the freedom of running around to play in pants continued to influence fashion by choosing pants for casual/recreational wear as they grew up!

Can you believe this is already the last week of the sew-along? I’ve been feeling a bit of a disconnect with it this year because of the pix being scattered in random places, so it feels like there’s no way I could be seeing them all which is really the “funnest” 😉 part of the SSA for me. Keep posting your pix though and inspiring everyone else! Here are a couple to whet your appetite to check out the flickr and instagram pages:

And this one I actually had to look twice, because at first it wasn’t clear that it was the nightgown from week 2, cleverly styled as a robe!

The tagging on Instagram might not be putting all the pix in one spot for everyone to see…you actually have to tag me in the photo, not just use a hashtag for it to show up on this page.  You can see which ones have shown up here:

One great idea I really wanted to share was using bias instead of rickrack on this dirndl:https://www.instagram.com/p/ByNw6fSJurB/

Yes, it’s the end of the sew-along, but don’t be sad, there are TONS of fun things coming up in the next couple of weeks!

So Nanea won the poll from last week, and then it snowed, so I went from feeling like pumpkin muffins to wondering where the Christmas lights were but still had to sew something Hawaiian for you 🙂  The observant will notice my sad return to indoor photo-taking, which means worse lighting and settings, but this pattern is pretty great, even if the pix illustrating it are not!

My husband has actually been known to stop a movie when I’ve yelled “NPC!” too much.  In my own little slang, it means “Not Period Correct” and it gets yelled at historical movies whose costume designers seem to have only the vaguest idea of what clothing was worn in the period, or just flat out don’t care.  The worst NPC costumes I’ve seen lately were in a Kdrama called “Bridal Mask”, but Nanea’s pajamas from AG are a close second.  Why?  That remains a mystery when a) she was intended to be a historical doll and help kids learn about a particular period of history and b) things like libraries and the internet and, for this period, maybe even old family photo albums exist.  If you feel the same way, here is one well-researched and authentic  (AKA “very PC”)  PJ pattern for Nanea : 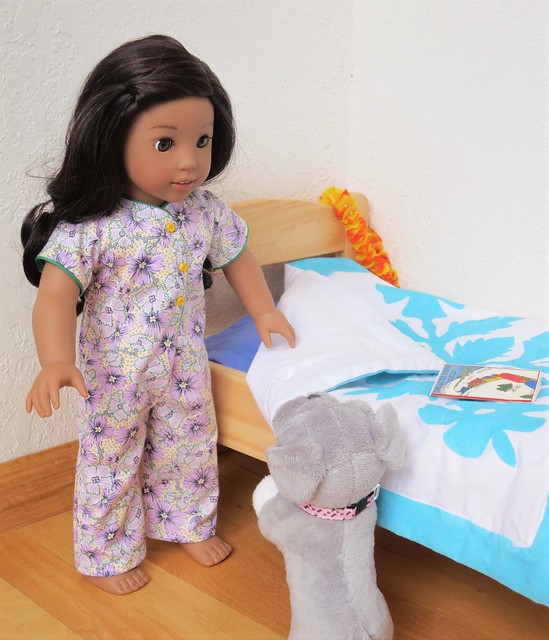 I forgot about posting the rattlesnake pix from a few weeks ago until I was going through my Nanea picture directory trying to decide which one to post here today.  All of a sudden, there it was again!  Not as scary looking in the photo as it was encountering him in real life… 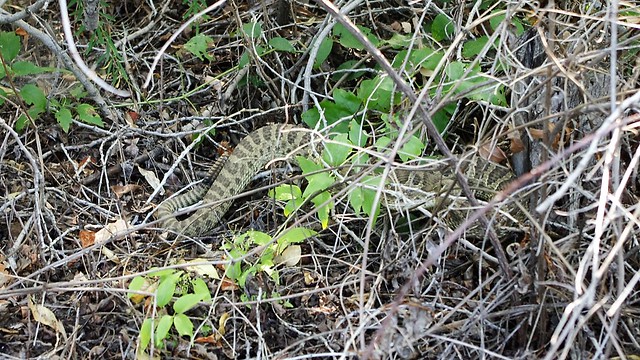 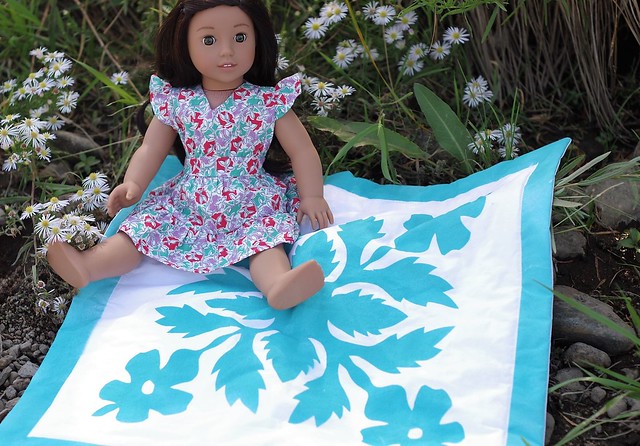 Well, I can’t answer that question because I live in Colorado.  Usually once or twice during a (mountain) CO summer it stays nearly 75 inside at night and for me, it’s way too hot to sleep under a quilt if that happens!  I checked a few Hawaiian weather forecasts though, and they were pretty much 75 for the low and 85 for the high all the time. How anyone needs extra warmth to sleep at that temperature is beyond me, but Hawaiian quilts are a beautiful and well-known art form, and you could always make them with very thin batting if needed for where your doll lives!

Click here for tons of patterns and ideas to make your doll a Hawaiian quilt!

Wow!  So many people are in love with Nanea and LOTS of you bought the new collection of patterns, which makes me think, “People want more for Nanea!” 🙂  But if you went to the AG store (in Denver anyway) this weekend they were out of pretty much everything for Nanea except her PJs, fishing set, swimsuit and bed.  So, in case one of the things you wanted but couldn’t buy was her school dress, here you go:

Oh wow…scary encounter shortly after this pic was taken!  After packing up all our gear, we walked about 10 feet away from this spot where we encountered a RATTLESNAKE!  I shrieked and ran, DH stood where he was and pulled the camera back out.  I’m nice enough to spare you those pix though 🙂

I haven’t been this excited about the release of a new AG since Cecile!  What a gorgeous new face mold with pretty green eyes and beautiful, flowing hair.  The original AG pictures of Nanea were released in February I think, and her face looked very much like Ashlyn’s to me, so I got her in the hopes she could be a little sister and started drafting patterns which were then resized to fit Nanea. 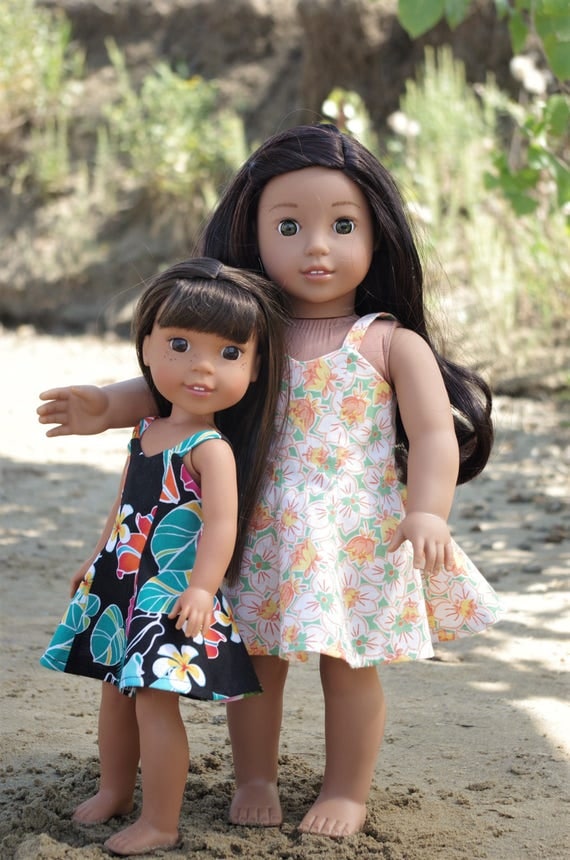 In contrast to my previous 1940s collection, which had clothes for all seasons, this one includes all warm-weather clothes with an authentic looking muumuu and really neat, historically-correct bathing-suit-lined dress.  Nanea and Ashlyn are so sisterly looking it was tons of fun to set up scenes from a different point of view. 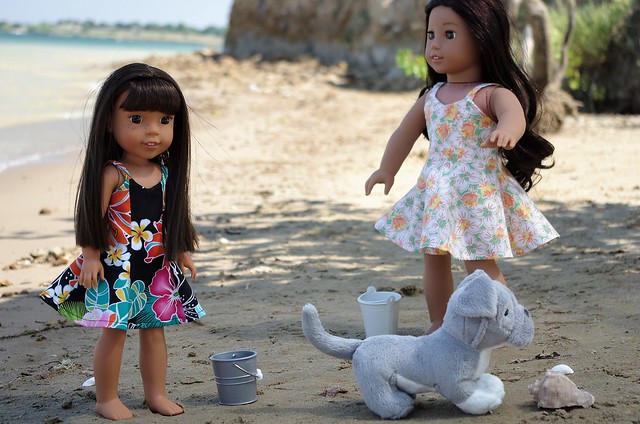 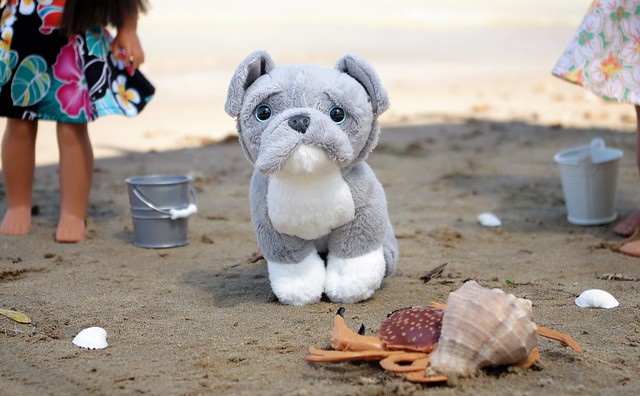 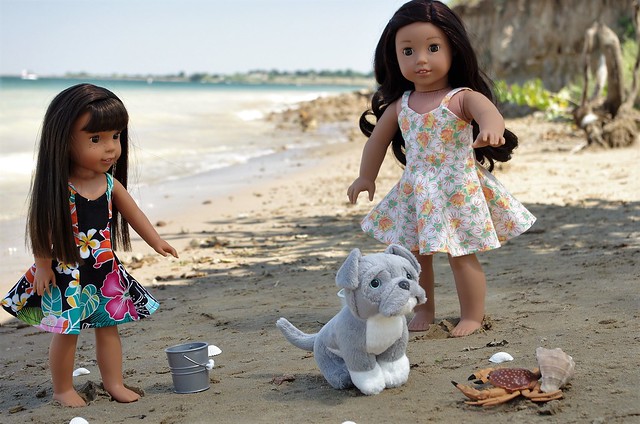 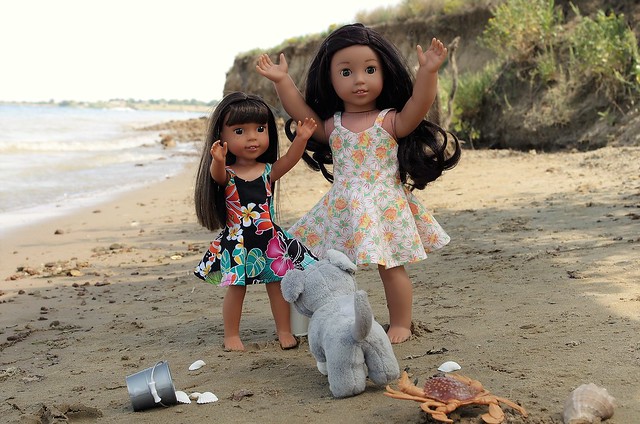 Generally, I’m just trying to show the outfits to their best advantage, but for this collection I actually found/bought/made some accessories and thought the pictures through, trying to tell a story or emphasize a relationship of two sisters with some of them, rather than my standard (unwritten) caption of, “Look how cute this doll/dress is!”  No, I haven’t read Nanea’s book yet, so I don’t actually know if she even has a little sister; I’m saving it as my reward for finishing everything on my blog to-do list. 🙂 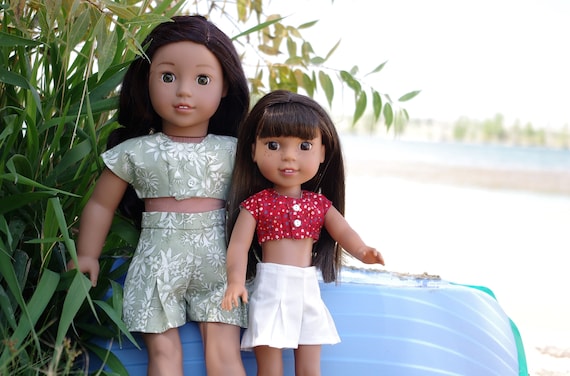 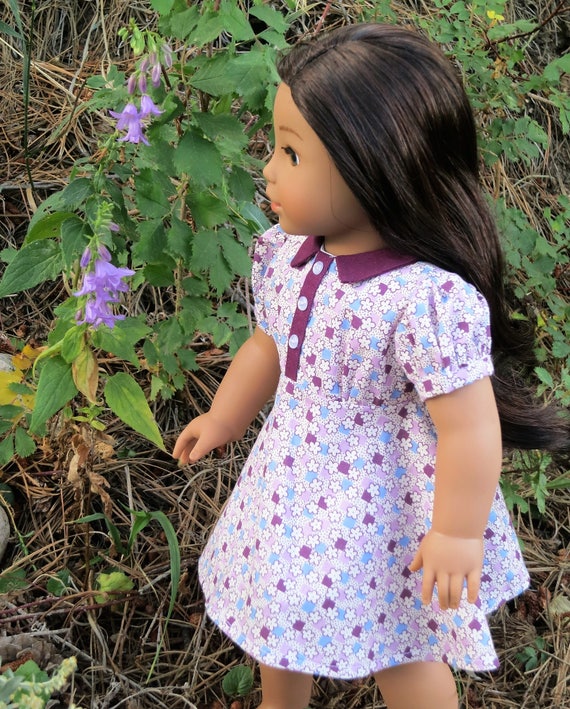 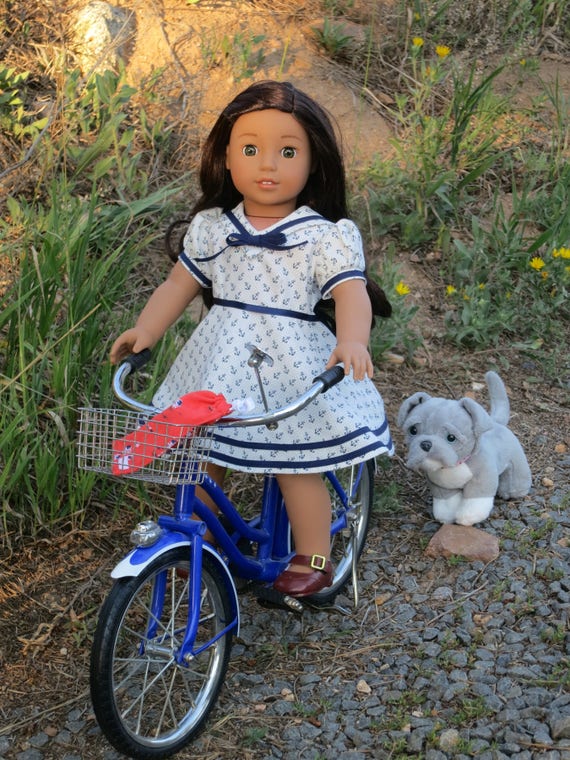 You can get the whole Island Collection now on Etsy and guess what?  I signed my shop up for their labor day sale which starts today and runs through Monday.  EVERYTHING in the shop is 20% off during the sale with no minimum purchase!  Because the Island Collection just got added, for some reason it’s not showing up with a discount in the sale, so I’ve lowered it to $20 for this weekend as its sale price.  After that it will be $25.

As you might have guessed, the next few weeks will focus on Nanea with sewing projects and crafts.  The first of them is this ukulele.  Soon to follow are (in no particular order) a Hawaiian quilt, a few dresses, quick-to-make leis, maybe some polymer clay food and printables.  Have another great suggestion?  Post a comment!

Get the ukulele pattern here