If you weren’t able to join in the 1950s sew-along for 14″ dolls because you didn’t have one, guess what?  A new collection for 18″ dolls is available!

From our contest last week, Google’s random number generator came up with “3” which was the number the spreadsheet assigned to Pauline’s entry, so she wins the new collection of patterns! **Apologies if you had trouble entering on Wednesday!  I had set it to close to entries Wed at midnight, but the computer interpreted that as the midnight when Tuesday became Wednesday.  I fixed it as soon as I found out!**

You might remember that when I got April I mentioned it was primarily because of her gorgeous eyes.  Target has a new OG doll named Peggy, who is a retro 1950s doll and also has really cool eyes.  I justified buying her because I don’t have MaryEllen and after getting her saw her next to this fabric that perfectly matched her eyes and HAD to make a dress out of it:

And then she couldn’t even be grateful for one dress, she had to ask for a whole wardrobe! 😉

One of the reasons I love embroidery is that it’s an easy way to get a perfectly “period correct” look without having to hunt down vintage print fabrics.   When I did my previous 1950s collection, there was not a lot of embroidery included.  Embroidery on clothing was somewhat less popular at that time than in previous eras, partly due to the ready availability of cheap trim and the styles themselves, and maybe partly due to the increased number of outfits one would have, thanks to washing machines.  A 1930s mom might be willing to spend much longer embroidering a few dresses that her daughter would wear over and over than a 1950s mom whose daughter had far more of them.  With a lot of searching antique and resale stores and hunting online, I came up with a nice selection of outfits from the era that did include embroidery and am thrilled to share them with you!  Although the designs are available in .pes format for embroidery machines, in many cases I chose ones that would be quick and easy to hand embroider too, for example, the slip and dressy coat that are mainly just French knots.  If you’re lucky enough to have a stash of vintage fabric, or even a nice selection of checks/dots/plaids, you can also forgo the embroidery completely!

One thing that is the same about this collection is a focus on fashions moms were sewing for their daughters, rather than the easier doll patterns that were available at the time.  This makes the dresses a little more challenging to sew, but lets you dress your doll like a mid-century little girl, rather than a doll!

Get the new pattern collection here

If you’d prefer 1950s outfits for a 16″ doll like Sasha, check out this collection!

And now I’m taking some time off the blog to work on the summer sew along, which will be Betsy McCall paperdoll-inspired outfits for 14″ dolls and some other surprises!  The biggest challenge for me right now is paring down the number of Betsy outfits I LOVE so our SSA doesn’t last until winter. 🙂

This is my favorite time of year!  Birds are singing and flying around busily with twigs and bits of fluff for their nests and every little flower pushing its way up out of the dirt makes me smile.  Every time I go for a walk I keep taking deep breaths to smell the beautiful blossoms on all the bushes and trees. 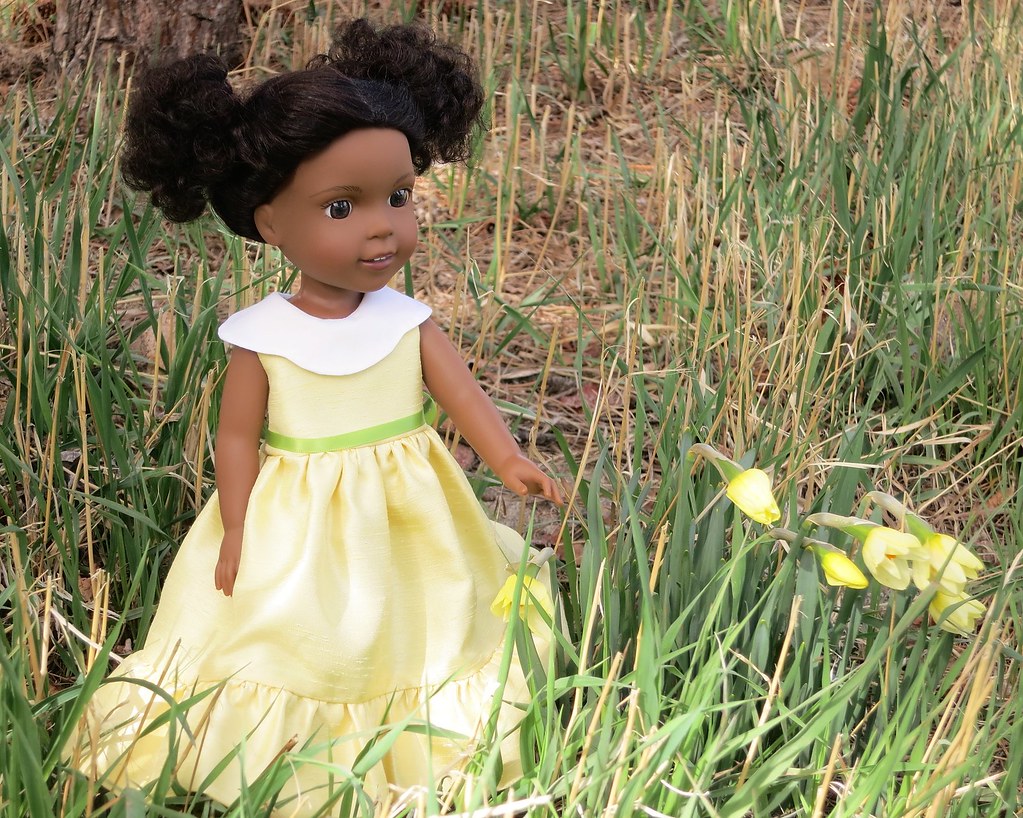 This week’s dress celebrates daffodil time!  It’s such a simple pattern, it seems to cry out for lace and embroidery and trim, but in this case I stuck with the simplicity of a daffodil – just some petals and a ruffle.

This is the final pattern of our 1950s series for 14″ dolls, have you been keeping up?  Posting pix?  If you haven’t, how about this for an incentive:  I’ve been working on some REALLY cute 1950s dresses for AG size that feature embroidery and other special touches and you can enter to win the new collection of patterns!  Here’s a sneak peek:

There is NO other way to enter.  Do NOT try to enter this contest by emailing me photos or ask me to enter you any other way.  You must post your photo(s) on the flickr page and then submit the link(s) in the form.

Don’t feel like going through all that work to enter a contest?  The new 1950s AG collection will be available on etsy next week!

Exercise is a great mood-booster even if you’re not depressed/anxious.  In addition to last week’s tips, getting someone out of the house for a brisk walk can be SO helpful.  Yes, even if they’re trudging along behind you muttering, “I said I wanted to stay home.  I want to go home.  I can’t do this.”

Continuing in the vein of vintage patterns, this week’s is a mid-century gym suit.  Doing a quick google search, it seems something similar to these one-piece uniforms were the norm for quite a while, from maybe the late 1940s through at least the mid-1960s, when my mom was in high school. This blue color seems to have been regulation in most of the country, with obligatory embroidery of your name on it.  Anyone live during the era of these gym suits and want to share “fond memories” (I say that in the most sarcastic tone possible) or info about color/style?

In plain solid colors, it will make a great historical gym uniform for Molly/Emily, Mary Ellen or Melody.

This was kind of a time-consuming pattern to figure out and sew, and normally I put such things on etsy rather than free on the blog.  In lieu of payment, if you download this pattern please get SOMEONE outside with you a few times this week to exercise!  You’ll be boosting mood AND creating/reinforcing a social connection – both of which are essential to good mental health.

A podcast you might like that explores our attitudes toward exercise and motivates you can be accessed here:  http://www.wbur.org/magicpill.  You can even sign up for a 21-day motivational email-a-day to get you exercising!  I haven’t heard them all yet, but episode 2 did have a sentence or two not suitable for children, so it might be best to read or listen with headphones if you have kids in the room.

Disclaimer: I’m a doll blogger, not a mental health professional. Please seek professional help if you think you need it! There are lots of links here and the National Suicide Prevention Lifeline number is 1-800-273-TALK (8255).

Standard
Wow, this has taken a long time!  As you might be able to tell by the green grass in some of the pix, I started these over the summer.  And finally, now that it’s snowing this week there are TWO sets of dresses premiering.  All of them are historically accurate and based on outfits for girls from that time.

(yes, including the new Girl for all Time, Sam!!) 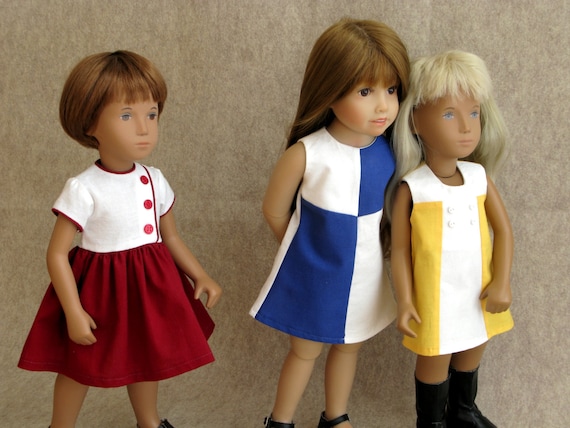 Lots of mod styles and color-blocking to be found here! 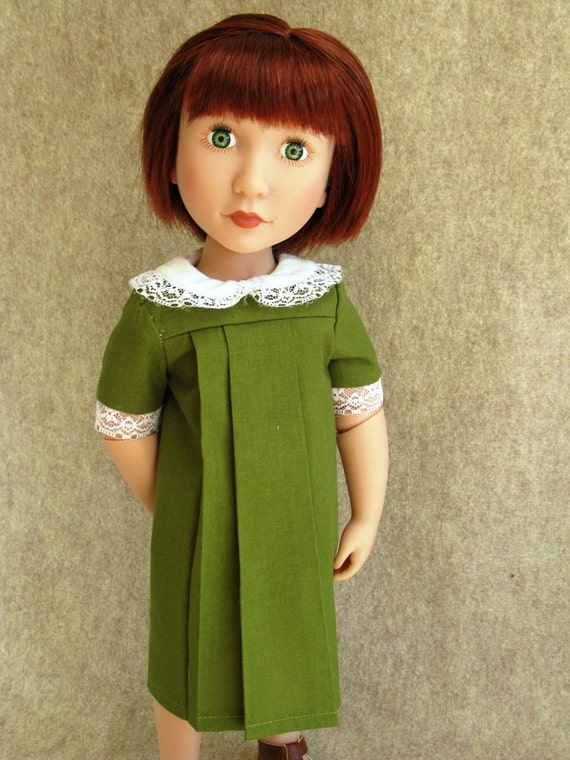 This was a girl’s dress, but looks very much like a pink one made for Sashas… 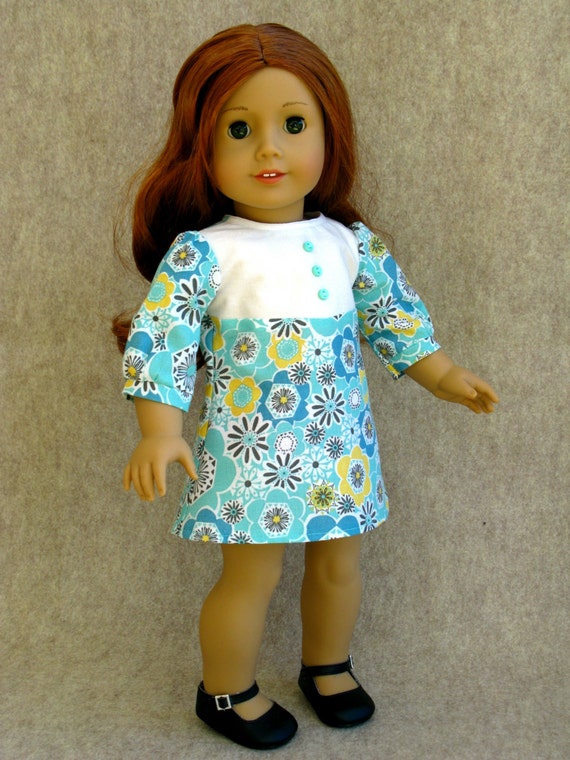 It doesn’t say so in the etsy listing, but two of the dresses in this set (the blue flowered one and the pinafore dress) do include tested pattern pieces for slim 16″-18″. 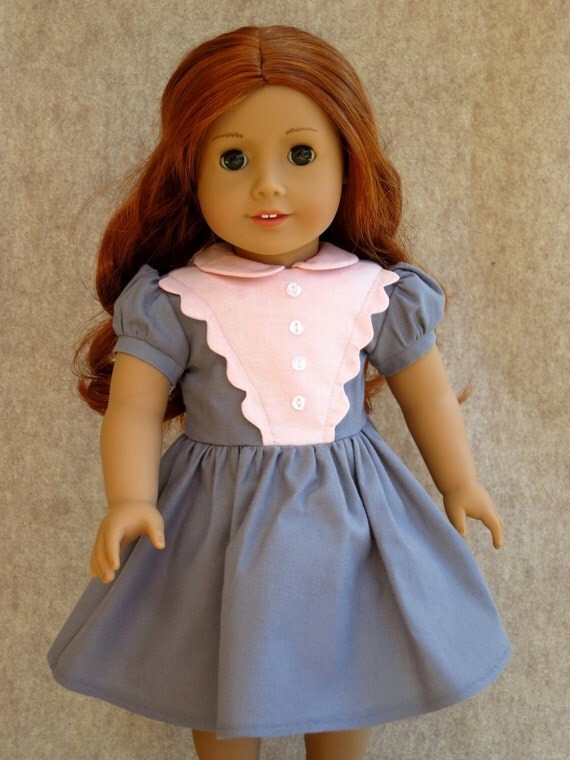 This flowered one is my favorite 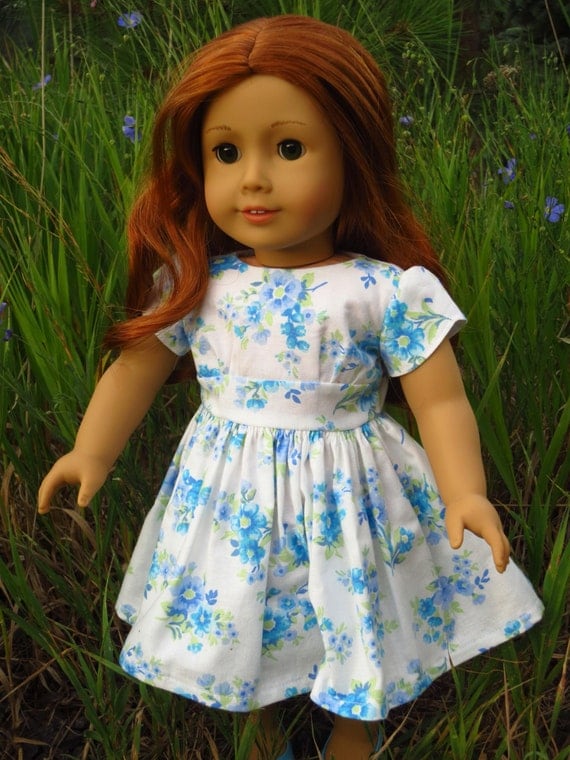 Or maybe this one…it’s hard to decide! 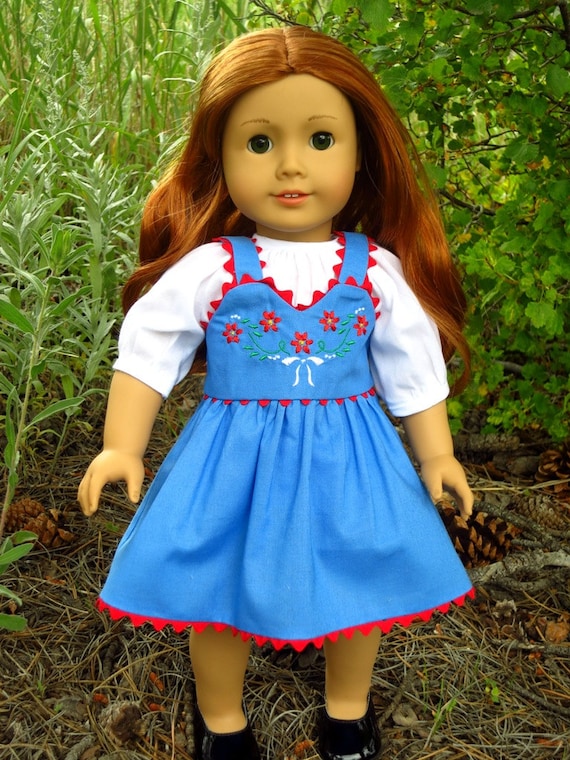 Click on any of the pix to go to the listings and see more!

And as always when I introduce collections, there’s a coupon code, just in time to get some patterns in anticipation of holiday sewing!  Use the code 20OFF20 from now until midnight Sunday to take 20% off any purchase of $20 or more.

On the blog survey one person asked for a 1930s outfit for Ellowyne based on the covers of Nancy Drew books.  That sounded like a fun project, but when I started looking at them it was hard to choose which one I liked the best.  If you were that person and have a specific dress in mind, could you please email me or leave a comment?  A pic would be super helpful.