Lots of Lottie goodies this week!

First of all, a “housing your Lottie” guide is here

A free pattern for cute and easy felt clothes is here 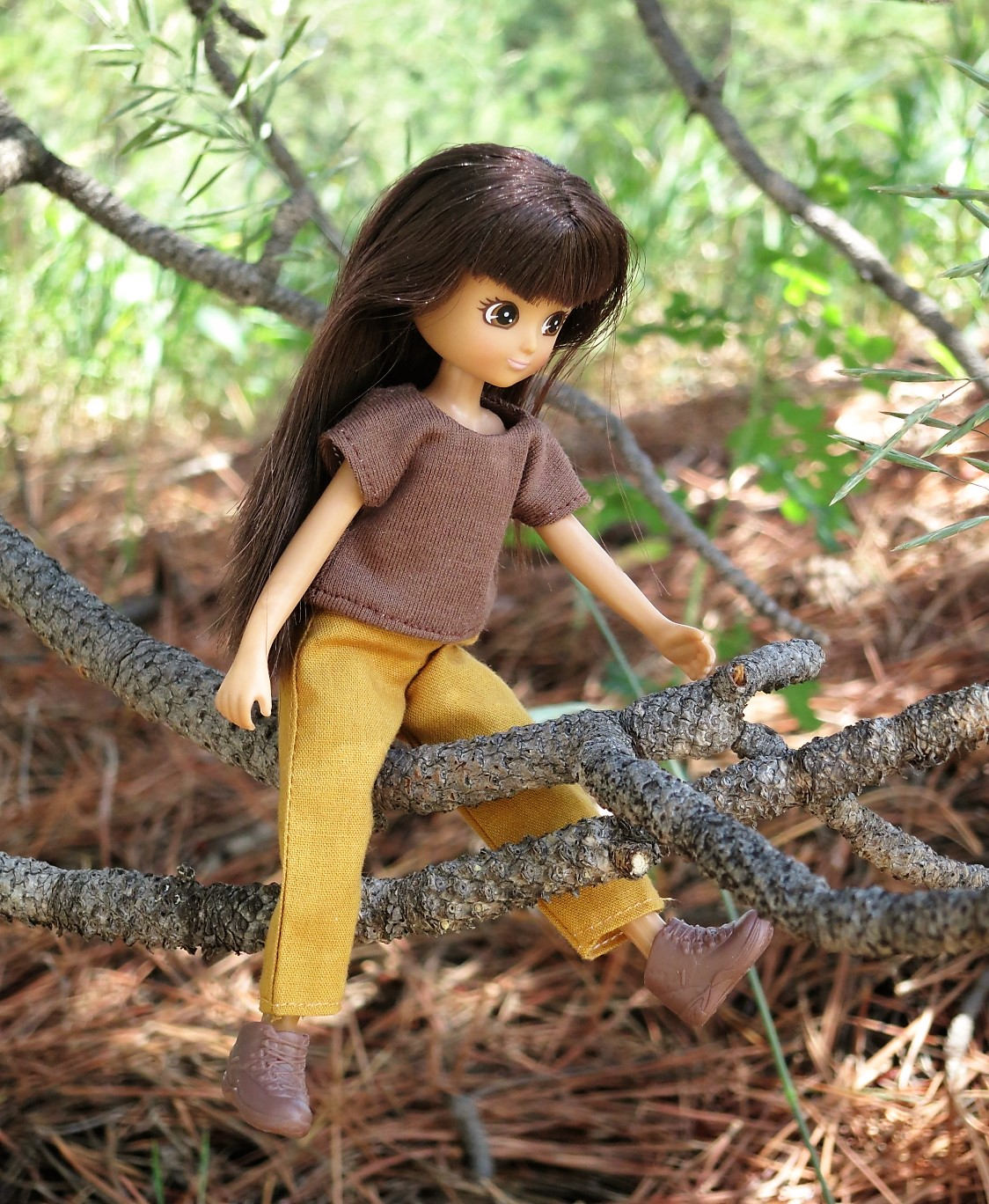 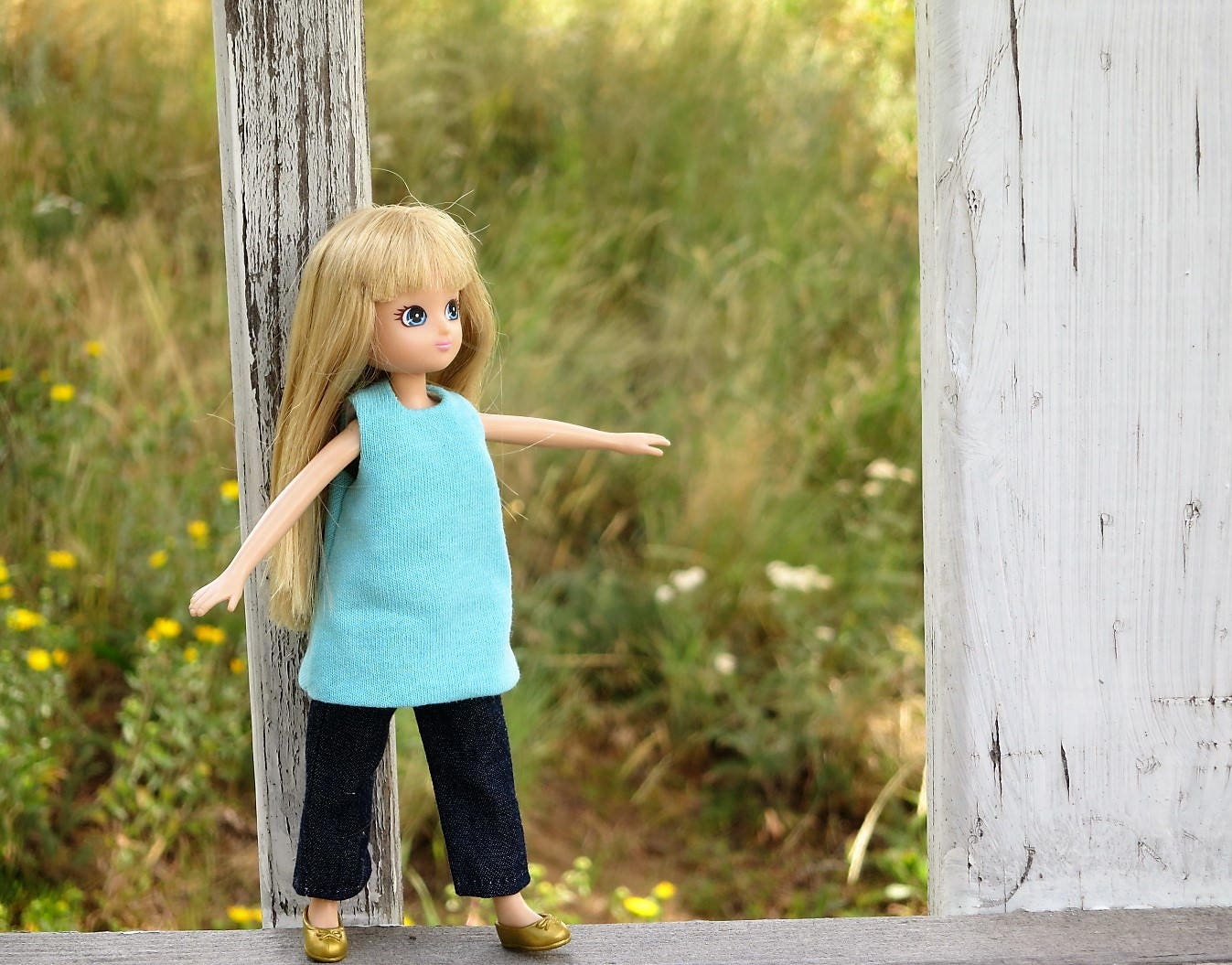 And finally, a set of basic patterns to make a variety of play and dress clothes for Lottie is here

And your last SSA reminder:  If you missed the first deadline, you can enter until July 31 on this form and you will get your Nosy pattern Aug 1.

The summer sew-along is technically over, but if you’re back from vacation and lamenting that you missed it or want something to sew that’s a little bigger than Lottie stuff, remember if you missed the first deadline, you can enter until July 31 on this form and you will get your Nosy pattern Aug 1.  Here’s some inspiration for you:

This is by quickdrawannie whose dolls are getting ready for fall already (eek!)

One of the reasons I bought forest friend Lottie was her cute packaging, but sadly, she didn’t come with as many fun accessories as my other Lotties.  Given her name, she clearly needed some “forest friends” so I created a few from felt, using the artwork on her packaging as inspiration.  After that, my other Lotties begged for their own friends too!  If you’re looking for a project to use to help you teach hand sewing to a child, this is a great choice since they require only one type of stitch, and can be made quickly from small scraps of felt.

If your kids have hit that summer slump and you’re looking for something fun to craft with them, you’re going to be happy with these projects!  The Lottie line (which also now includes 2 boys, Finn and Sammi ) is great as summer doll because they’re small and light, which means they travel well (mine went to Korea!) and being all hard plastic they’re durable enough for the beach/camping/etc.

You might recall a few weeks ago I mentioned my Forest Friend Lottie was pretty lacking in the outfit/accessory department compared to the rest of them, so I started making some little stuffed forest friends for her based on the pictures from her packaging.  That idea expanded into a versatile little owl who can be used as a sleeping bag or carrying pouch for up to two Lotties at a time, or one Lottie and some felty friends coming next week!

This is a great project to do with a child, and the instructions note which parts can be hand sewed and which are best on a machine.  If the child has some sewing experience and is patient enough, the whole thing could be done by hand, and an experienced seamstress with lots of wool felt and embroidery floss could turn this into a work of art!

If you finished the sew-along and posted all your pix on flickr, congratulations!  Your dachshund pattern will be emailed out today.  If you need more time to complete all the outfits, please see last week’s post for info on how to do that!

You’re surely aware of AG’s newest modern doll, “Z”.  We went to the AG store the weekend she launched, but I couldn’t bring myself to get her when the only difference between her and “the doll formerly known as Violet” was a beauty mark and slightly longer hair.  A big surprise was that they were selling Z’s sparkly shoes separately, so I snapped those up and also got her camera equipment.  The plan was to also get her book, read it, and use “the doll formerly known as Violet” as “Z”.  Can you believe the books were sold out?   Maybe others had the same idea…  So anyway, I read the beginning of it on amazon and decided…meh, not worth $10, I’d rather invent my own story, although I like the outfits/accessories they came up with for Z and decided to do something similar for my doll.

“The doll formerly known as Violet” has been renamed “Su Jin” (수 진) and is Korean-American.  I wanted to emphasize a little more of her heritage in my doll and started a storyline/journal which will most likely not appear here.  One of my secret vices is that I LOVE K-dramas.  Unlike American shows or telenovelas that a) drag on forever until you lose interest and b) make your head spin trying to keep up with who’s cheating on whom, K-dramas are refreshing.  They have a limited number of episodes, so the story usually follows a coherent plot line, and many of the ones I’ve seen are suitable for family viewing, assuming younger viewers either speak Korean or can read fast enough to deal with subtitles.  There’s also a sub-genre of historical ones with amazing costumes and what I used to think were incredible sets.  What we realized in Korea is that the historical dramas are often filmed in actual historical locations and many times, there are posters/information about which dramas were filmed where.  I started watching a new-to-me one (Gu Family Book) after coming home and thought, “Hmm…I swear we have a picture of that building.”  Sure enough, we did!  It was partly filmed at the Korean Folk Village, which also happens to be one of my favorite places we visited. 😊 http://www.koreanfolk.co.kr/multi/english/

This post was originally going to appear with one pattern a day, but the thought of doing a post every day and breaking all of this up into multiple pdfs seemed like it might be annoying to link back to find things later, so here is one MEGA post with an entire mix/match wardrobe.  As you’ll see in the pix, it makes a perfect capsule/travel wardrobe and should be more than enough to keep you busy all week!  Enjoy!